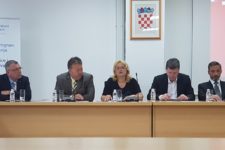 The Declaration  called on all competent authorities to make  efforts aimed at the adoption of the national plan against malignant diseases which will include improving and strengthening the preservation of health, prevention, early detection, including the improvement of national screening programmes and the enhancement and strengthening of the diagnosis, treatment, rehabilitation and palliative care. The declaration is aimed at relevant institutions, which should, among other things, make efforts aimed at raising awareness of the importance of prevention and early detection of cancer through continuous informing of the population and mutual cooperation against malignant diseases.

Draft of the Declaration of the national plan against malignant diseases in the Republic of Croatia was sent to the Health Committee of the Croatian Parliament.